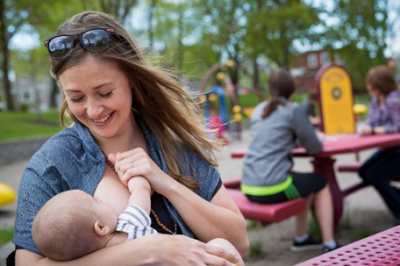 “Our goal is that people feel more comfortable breastfeeding in public so it’s not such a barrier,” says Kim Shebib, Public Health. Cape Breton is already leading the way when it comes to breastfeeding-friendly public places. In 2015, Today’s Parent named Cape Breton one of Canada’s Top 5 Places to Breastfeed. One-hundred-twenty-five local businesses have signed on to Make Breastfeeding Your Business, educating their staff and supporting breastfeeding as a human right. Forty-six moms participated in the 13th annual Quintessence Breastfeeding Challenge held Sept. 30 in two locations - Mayflower Mall in Sydney and Family Place in Inverness. This week, Sobeys is hosting two grandmothers’ teas, recognizing that “grandmothers are one of the BREAST supports!” The event will include tea, snacks and information about how to support breastfeeding moms.

If you are 80 and over, you can now book a vaccine clinic appointment online