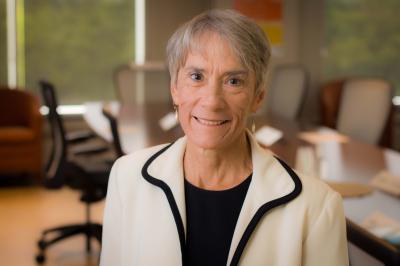 Beryl MacDonald is a retired Nova Scotia Supreme Court Judge having practiced with Hicks, LeMoine & Haugg (now Hicks, LeMoine) in Amherst, Nova Scotia. She was a Small Claims Court adjudicator for 12 years and served as a Board member, Secretary and Vice-Chairperson of the Continuing Legal Education Society of Nova Scotia. She was for many years elected as a member-at-large with the Nova Scotia Barristers’ Society. She also served on its executive and as a member of the Discipline Panel. Born and raised in Glace Bay, Cape Breton, Beryl received a Bachelor of Laws from Dalhousie University in 1974 and was admitted to the Nova Scotia Bar in 1975. She received her Queen’s Counsel designation on December 21, 2000. She was appointed to the Supreme Court of Nova Scotia (Family Division) on March 24, 2005 and retired in November, 2018.

Beryl was a member, and often served as the Chair, of many Cumberland County community organizations including several years as a Director with the Cumberland District Health Authority.   Whether involved in discussing the delivery of legal or health care services, Beryl encourages innovation, attention to detail, and collaboration.