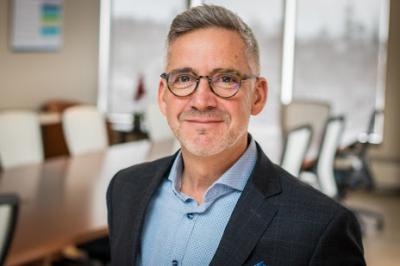 Dr. Brendan Carr is an experienced health executive and emergency department physician who has spent most of his medical and leadership career in Nova Scotia. He served as Vice President of Medicine with the former Capital Health in Halifax and as an Assistant Professor in the department of Emergency Medicine at Dalhousie University from 2007 to 2012, before leaving to pursue a career opportunity in British Columbia. He was President & CEO at Vancouver Island Health Authority (Island Health), based in British Columbia from 2013 to 2017 and most recently William Osler Health System in Ontario.

Dr. Carr has a medical degree (1998) from Dalhousie University and completed his medical residency at the University of Ottawa in emergency medicine and family medicine. He has a Masters of Business Administration (1985) and an undergraduate degree (1983) from Dalhousie University. Dr. Carr is also a Certified Physician Executive, a Certified Healthcare Executive and completed a research fellowship with the Canadian Health Services Research Foundation. He serves as a director for the Canadian Agency for Drugs and Technologies in Health and the Canadian Society for Physician Leadership. He is an active member of the Canadian College of Health Leaders and an advocate for innovation and transformation in health care.