‘The fact that I am being followed-up on is huge’: New Glasgow resident grateful for VirtualCareNS 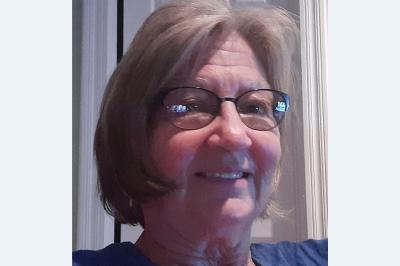 In 2018, Pamela Corke and her husband returned to Nova Scotia to be closer to their children and grandchildren.

“Who doesn’t want to come back to that?” she said about her move from Rothesay, New Brunswick to New Glasgow three years ago.

While the couple had moved several times over the course of their careers to various provinces within Canada, they had always been able to find a new family doctor in the community where they lived.

When they relocated to New Glasgow, their daughter-in-law encouraged them to add their names to the Need a Family Practice Registry right away.

“It is disconcerting, when I will be 69 this year, that I don’t have a family doctor for the first time in my life. We feel afloat. I was going to the women’s health network, 24-hour clinic, after-hours clinic, and even travelled to Antigonish from New Glasgow for care. Then everything shut down because of COVID, and we had no way to access care.”

In June, Corke’s husband, Mario Courchesne, received an email to participate in VirtualCareNS, an initiative that provides virtual access to a family doctor or nurse practitioner for those who are on the Need a Family Practice Registry.

“He needed a prescription for a headache, so that was his first trial use. I also needed a prescription renewal, and that was handled really well,” said Corke. “We had another appointment in August as I was worried about moles on his back. He had a [video] call with a doctor, and she could see his back. A referral was made right away for follow-up, as those can be worrisome. It’s amazing; we are definitely grateful for this pilot project.”

Corke believes that virtual primary care is a great solution for patients and providers alike.

“Because of the pandemic, we’ve discovered out of necessity that this technology works in a large number of cases for personal health issues. I recently read an article where doctors are saying that there is no going back. [Virtual care] helps to fill a huge void, and while it may be considered a stopgap for now, it won’t be in the future, because it’s something that works.”

For Corke, the seamlessness of follow-up care has been impressive, including the attention to detail about her expected test results.

“I had been taking B12 for quite a while, so needed blood work to check on that. I had a virtual appointment to get a blood requisition form, which was sent to my email, and then I booked it with the hospital. I received another email from VirtualCareNS, as they hadn’t received information about my [test results] yet, so they wanted to do a check-in with me – but that was because my blood work appointment wasn’t until the next week.”

“The fact that I am being followed up on is huge. That someone is out there in the system checking that follow-ups are being done is important; sometimes that doesn’t even happen with your regular doctor.”

Corke and Courchesne have also appreciated that the virtual care they have received is being provided by primary care providers who are located in Nova Scotia.

“It’s been a very straightforward process. All the doctors have been local, which is very important to me. I’m not sure I would feel comfortable … with doctors from who knows where. If I hear about someone who hasn’t had any luck with finding a doctor, I tell them about [VritualCareNS]. We are both very grateful to have access to this amazing service. The whole thing is great, and I was glad to hear that it will now be available right across the province, as it’s a necessity.”

VirtualCareNS is an initiative of Nova Scotia Health, led by Research, Innovation and Discovery in partnership with Primary Health Care and a number of health system partners, and the Department of Health and Wellness. VirtualCareNS provides people on the Need a Family Practice registry with access to a primary care provider through their computer or mobile device. To learn more, visit www.virtualcareNS.ca.