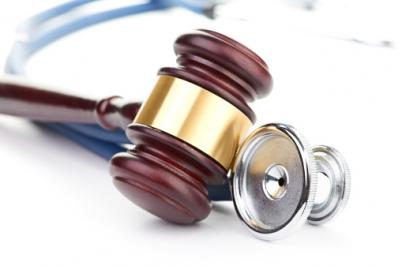 It was a turning point in his life that Josh Viner didn’t see coming – pulling into his driveway in 2014, and being arrested in front of his girlfriend and baby daughter for trafficking narcotics.

But, looking back, there were many roads that led to that moment in the 34-year old’s life.

Viner had his first drink of alcohol at eight years old, and he was often surrounded by others who drank excessively and regularly.

His “weekend drinking” became a problem, until his cousin’s death in 2007 prompted him to get sober. It lasted for eight months. Then he discovered opioids.

“I didn’t realize the harm they were doing,” he recalls. “They gave me energy and a buzz, but over time I just started doing more.”

In 2010, he started selling drugs to support his addiction. Following the birth of his second daughter two years later, he entered an opioid replacement treatment program offered by Mental Health and Addictions.

“It was hard to stay clean but I was making progress,” Viner says.

That progress was stunted when Viner started selling and using opioids again, leading to his arrest for drug trafficking.

Viner’s fate was pretty clear, with his charges for possession of drugs with the purpose of trafficking carrying a potential 56-month federal jail sentence.

That’s when he was referred to the Court Monitored Drug Treatment Program.

Launched by the Department of Justice in April 2014 as a pilot in Kings County, the program provides new sentencing options and treatment programs for people whose addictions lead to criminal behaviour.

Potential participants are referred by lawyers, police or through self-referral. If accepted, participants must plead guilty to the offences and enter an addictions treatment program, which is operated by Nova Scotia Health Authority’s Mental Health and Addictions in Annapolis Valley. The court monitors their progress during treatment.

To graduate, participants must be drug-free for at least three months and be involved in their community. If they are charged with any new offences, they cannot complete the program.

“I had never really dealt with issues that drove me to use drugs and sell,” says Viner. “I had kept my addiction a secret from those around me. But now the secret was out and I didn’t want to do any more harm to my family.”

Viner completed the Court Monitored Drug Treatment Program in August 2015. His former hopeless outlook on life is now much different.

Viner says the program team has been instrumental in helping him change how he looks at himself and are a big part of the reason why he wants to help others who are dealing with addiction. Now, as part of Viner’s community service, he will be working with the Court Monitored Drug Treatment Program to share his story with others in recovery.

“I know that many others will feel the way I did. I want to help show them what’s possible and that they’re not hopeless. With a lot of hard work, focus and support, change is possible.”