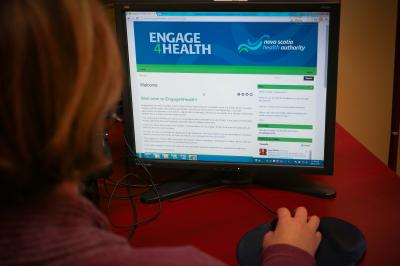 Nova Scotia is spending more and more money on health care, but we aren’t getting any healthier. How do we create a healthier future for Nova Scotians? It’s time to Talk about health.

Nova Scotia Health Authority will be hosting online and face-to-face conversations along with partners in many other sectors, including many of our 37 Community Health Boards across the province. We need Nova Scotians to join us in leading, hosting and participating in these conversations.

“As I have travelled around the province to talk about our new organization, I have met with municipal leaders, school boards and other partners. They are excited about our commitment to engage Nova Scotians in a discussion about health, and are eager to be part of those conversations,” says Janet Knox, president and CEO.

What are we talking about when we talk about health?

This conversation is about more than health care. Let’s talk about health for a change. We invite you to join a conversation about the health of Nova Scotians and what that might mean for us as individuals, communities and as a province. We have already set dates for our first three face-to-face conversations, with more to follow soon:

You can find out about events in your local area or join the online discussion by visiting www.engage4health.ca. You can also follow the conversation on Twitter @engage4health #talkabouthealth

If you’re interested in hosting or co-hosting a conversation, please get in touch at engage4health@nshealth.ca.

These conversations won’t be easy, but they’re important. Together, we can create a healthier Nova Scotia.