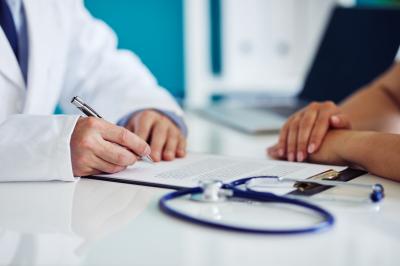 Researchers at NSHA who played a key role in getting a new drug approved in Canada for polycystic kidney disease are taking part in a national follow-up study of the drug’s long-term effects.

“We were one of three centres in Canada who took part in the clinical trials that led to Tolvaptan being approved in Canada in 2015,” says Dr. Steven Soroka, NSHA staff nephrologist. “The drug delays the progression of the disease, which keeps patients healthier and off dialysis longer. There’s a chance it could raise liver enzymes, though, so Health Canada granted approval on the condition that we continue to monitor patients very closely for changes in liver enzymes… they also recommended that we follow the patients as a group through a national cohort study.”

Polycystic kidney disease is a genetic disease involving 200 to 300 mutations in several genes. It is most often inherited, but as many as 10 per cent of all cases arise spontaneously in a person who has no relatives with the disease. Nova Scotia has a relatively high number of people with the disease per capita — about one in 5,000.

“The genetic mutations involved in polycystic kidney disease cause the formation of fluid-filled cysts in the kidney,” explains Dr. Soroka. “Over time, the kidneys become enlarged and their function declines… people develop high blood pressure, kidney stones and other issues, and eventually their kidneys fail and they require dialysis and/or transplant.”

Polycystic kidney disease is sometimes diagnosed in childhood, usually when a child has been screened for the disease because they have a relative who is known to be affected. More often, it is picked up in a person’s 20s or 30s, when they develop such symptoms as blood in the urine, urinary tract infection, pain in the sides or back, or an enlarged abdomen.

In addition to monitoring patients’ liver function, the national cohort study will assess their long-term health and quality of life on Tolvaptan. “We want to know how the drug affects people over time, in terms of both benefits and side effects,” says Dr. Soroka. “This is the first drug that has been shown to delay the progression of polycystic kidney disease.”