Responding to hospital congestion as NSHA 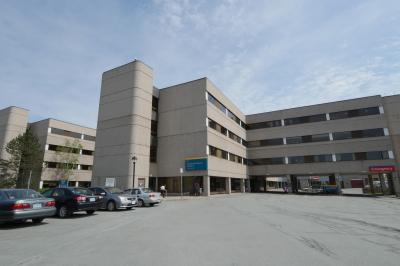 Hospitals in the Halifax area had been busy for some time when on Jan. 6 Dartmouth General Hospital faced its worst day yet. Twenty patients were waiting in the emergency department after being seen by physicians and they had been admitted to hospital. The problem was, there was nowhere for them to go – all the hospital beds were full.

Paula Bond, vice-president of Integrated Care for Nova Scotia Health Authority and vice-president Central Zone of NSHA, called a meeting of decision makers across the province to find a way to alleviate the pressure.

While in past years the nine separate health authorities had co-operated, the single system has allowed for a faster, more seamless response to capacity issues. This meant more time problem solving and less working on logistics of notifying and working with different decision makers.

“We moved quickly and as a single system to sort through this issue,” said Bond. As a result, within a matter of a few hours processes were in place to discharge more patients who could safely go back to hospitals nearer their home, and to send more patients arriving by ambulance to Halifax-area hospitals with the capacity to see them more quickly.

As a result, the volumes of patients at the Dartmouth General Hospital went down and the system was working more normally in short order.

“The key, in this case, was ensuring patient flow was maintained and patients were being seen in a timely way,” said Dr. Howlett. “Our new system allowed a bottleneck in the flow of patients to be solved quickly, ultimately meaning fewer patients had to wait a long time for the care they need.”