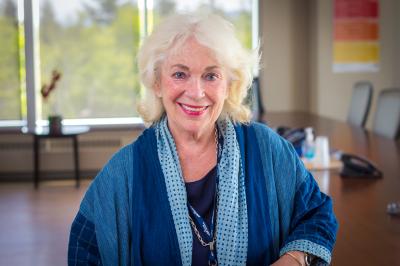 On Sept. 1, 2021, Janet Davidson, was appointed as the administrator of Nova Scotia Health.

Formerly, she served as Deputy Minister of Health for Alberta.  Janet has over 40 years of experience in healthcare in the government, voluntary and hospital/community sectors in a number of Canadian jurisdictions and internationally. She is a former CEO of Toronto East General Hospital and Trillium Health Centre in Ontario, COO of Vancouver Coastal Health in BC, COO of Capital Health in Alberta, and Interim CEO of the Nova Scotia Health Authority. She was also a member of KPMG’s Global Health Care team.  Janet currently holds the positions of Chair of the Board of the Canadian Institute for Health Information and Canada’s New Digital Research Infrastructure Organization. She is also a Board member of Bayshore Healthcare and the Hospital for Sick Children.  She is a Senior Fellow with the CD Howe Institute and sits on their health policy council. She co chaired their COVID Working Group. She has a long history of voluntary, humanitarian service including serving as President of the Canadian Red Cross and Vice President of the International Red Cross/Red Crescent.